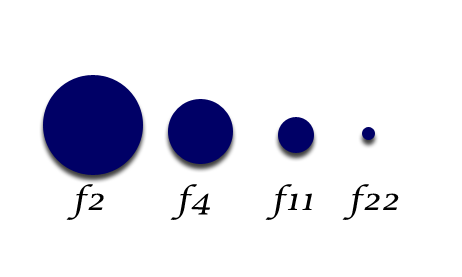 While shooting at a photo shoot the other day I was talking with a colleague about aperture and another person there overheard our conversation and asked us what was #aperture. We both jumped at the idea of sharing knowledge with someone else. It was then that I decided to share it in a post so others can benefit from the explanation

Aperture is the size of the lens opening. It controls the amount of light let in; a larger aperture lets in more light, while a smaller aperture lets in less light. The lens has a series of concentric blades that form a circle and you can open or close to control the actual opening size. If you look at the “o” of the Mickey Torres Photography logo, that is what the blades look like, it is also found in the Adorama logo.

There are hundreds of technical details that you could possibly memorize and use, but in my opinion the only thing that you need to remember is that aperture is measured with f-numbers and that the larger the aperture the smaller the f-number.

I know it is a lot of information to process in such a tiny post but just remember:

The best way to learn this is to just go out and shoot! I encourage you to take your kids, dog or wife to the park and practice with them.  You will realize it is not as difficult as it sounds; you will have fun with your family and will be rewarded with more predictable photographs.

Once we have master several of these #techniques, we will shatter them all to pieces with a cool lens I like to use called Lensbaby Composer also sold by Adorama.